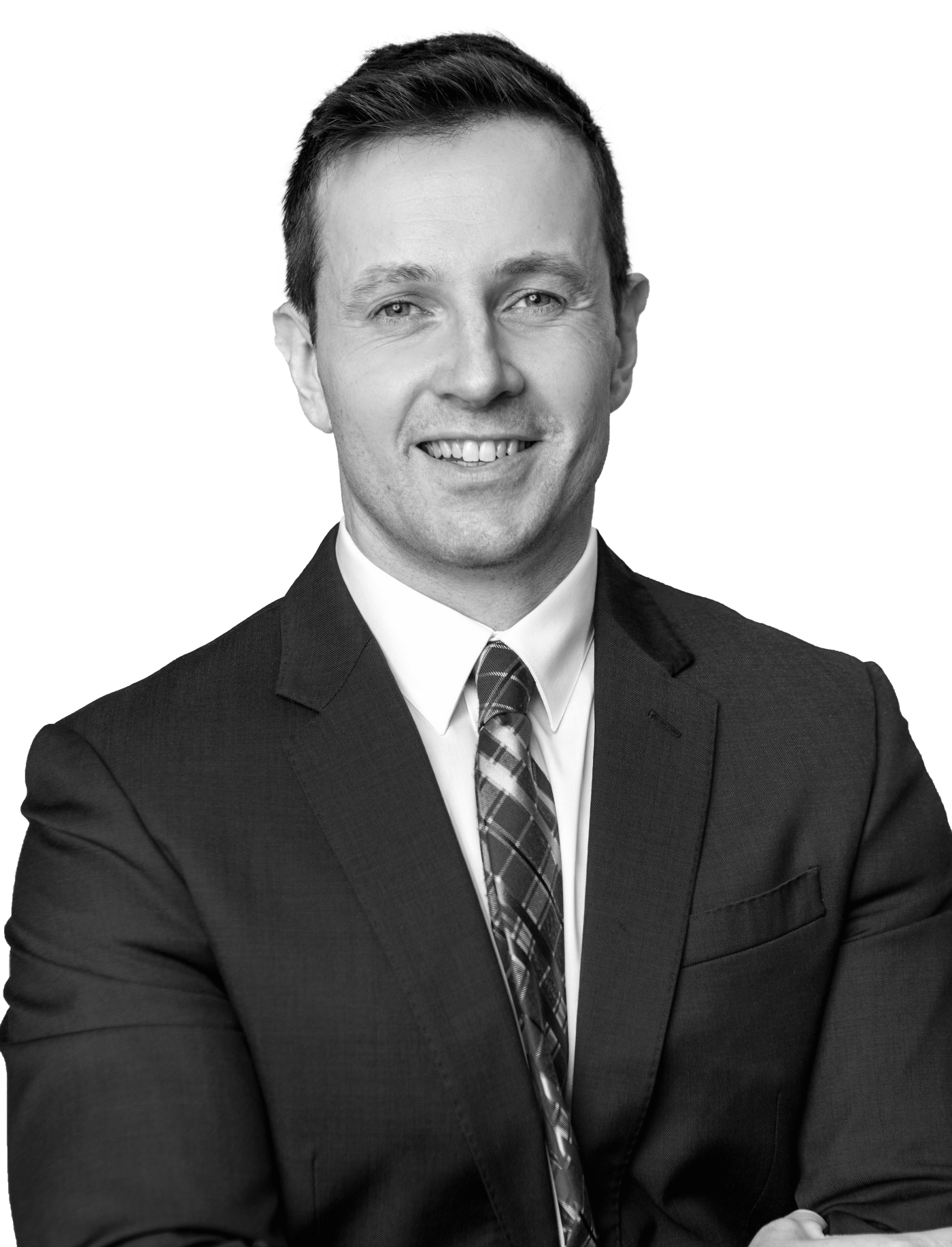 Ronan Duggan is of counsel with the Simon Law Group.

Ronan is originally from County Wexford in the Republic of Ireland. At a very young age, he moved with his family to Ireland’s capital, Dublin, and remained there until he eventually emigrated to the United States in his late 20s. After completing Secondary School (Ireland’s equivalent of high school) at age 17, he then went straight to law school (in Ireland, there is no undergraduate college).

At age 20, Ronan received his law degree from the University of Wales, through Portobello College in Dublin. Ireland has a split legal system between Barristers and Solicitors. Ronan decided to pursue the career of Barrister (roughly equivalent to a trial attorney) and entered training at the Honourable Society of King’s Inns in 2002.

King’s Inns, founded in 1541, is Ireland’s Oldest School of Law. King’s Inns is the only law school in Ireland that provides professional legal education and training for people wishing to become barristers. The most famed Irish trial lawyers all started their training in that hallowed institution, and it remains one of the finest trial lawyer training schools in the World.

In 2005, Ronan graduated from King’s Inns with a Barrister-at-Law Degree (with Merit), and shortly thereafter, became licensed to practice law in Ireland. In October of 2005, Ronan started his practice as a Junior Counsel, Barrister at Law. He practiced as such for three years and gained invaluable trial experience, practicing primarily as a criminal defense lawyer. He also had regular High Court work representing banking and financial institutions.

In 2008, Ronan left his native Ireland and emigrated to the United States. While studying for the bar, he found employment in a busy bankruptcy law firm. After passing the bar on his first attempt, Ronan held his first attorney position at that same firm. However, his passion remained in litigation and trial work.

In 2010, he joined the defense firm of Reback, McAndrews, Kjar, Warford & Stockalper, a firm which primarily focused on professional negligence defense litigation. It was with that firm that Ronan participated in his first Los Angeles-based trial, successfully defending Keck Hospital of USC in a medical malpractice case. In 2012, Ronan left his friends at the Reback firm and joined Schmid & Voiles in downtown Los Angeles, focusing entirely on medical malpractice defense. For nearly 8 years, Ronan developed a reputation as a highly competent and skilled medical malpractice defense attorney, gaining both the respect of his defense colleagues and his adversaries in the plaintiff’s bar. During that time, he also successfully tried multiple cases and continued to hone his skills as a formidable trial lawyer.

In 2020, Ronan decided to follow his heart and unleash his skills for the benefit of injured victims and all those who need aggressive representation to defend their rights. Through his years of experience working in medical malpractice in Los Angeles, dealing with the most complex forms of medicine, Ronan has developed a high level of expertise with medical legal issues. Whereas other attorneys might be daunted by complex medical injuries, Ronan finds himself at home in this arena and has worked with, and cross-examined, some of California’s leading and most formidable medical experts. The final push to the plaintiff’s bar came when Ronan struck up a friendship with the brothers Simon; Robert, Brad and Brandon. They helped give him the final push to the light. Ronan is looking forward to joining and becoming active in professional trial attorney organizations.

Outside of his work, Ronan enjoys spending time with his wife, Angelica. He has three beautiful and energetic children; Shaun, Emma and Chloe. He is a devout and unashamed nerd and enjoys tabletop wargaming, miniature painting, roleplaying games, comic and action figure collecting and absorbing all things fantasy and sci-fi. He also enjoys weightlifting and politics and will never shy away from a good old-fashioned political debate.