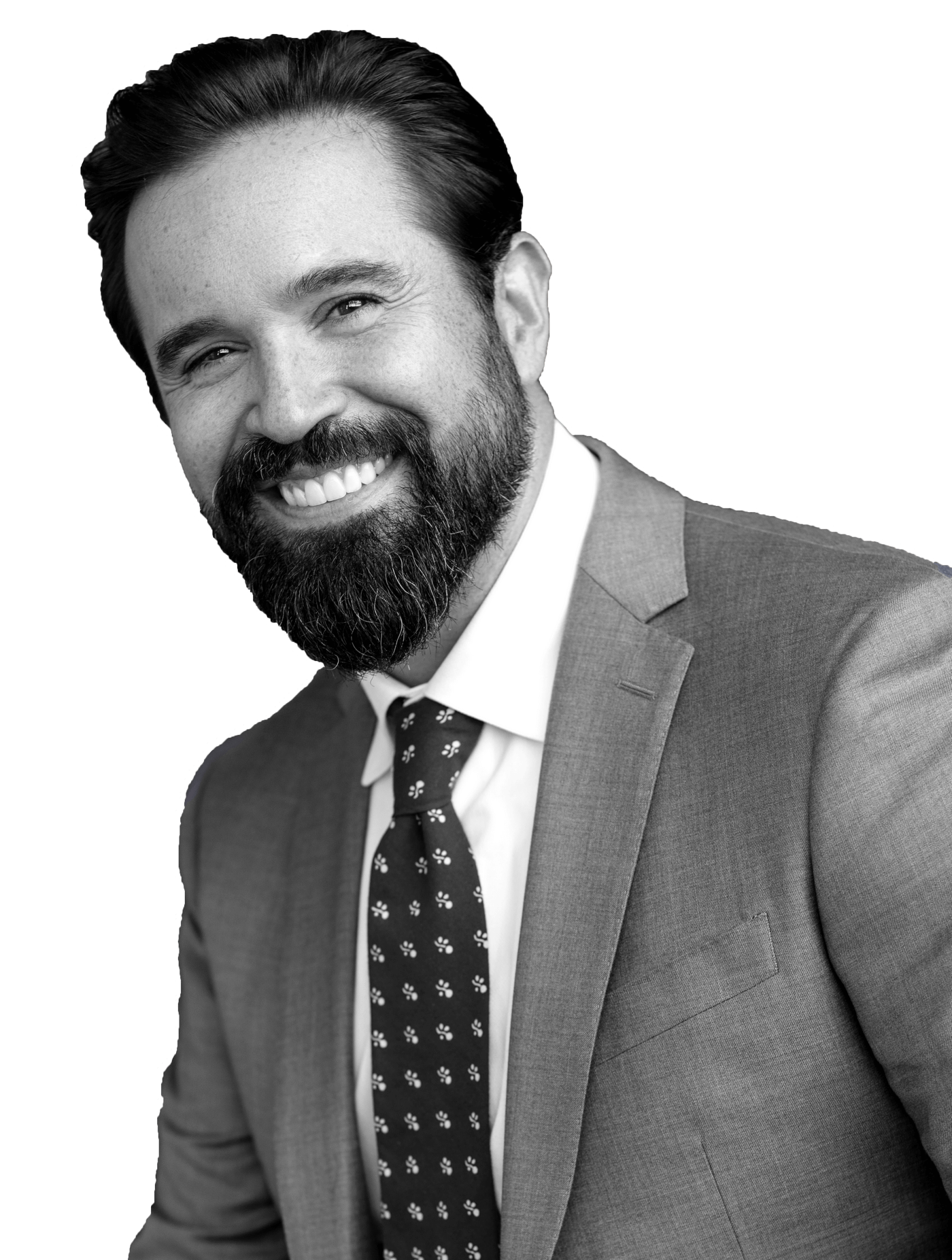 Robert T. Simon is a co-founder of the Simon Law Group — aka Justice Team — and acts as the primary trial attorney. Since launching the firm with his twin brother/wombmate/best friend, Brad Simon, in late 2009, it has grown from a boutique office with just a few people into an 8-figure practice recognized by its peers throughout the state of California, and now Texas.

He grew up in Pittsburgh as the oldest of 5 (tied!), and the son of a loving UPS truck driver and a nurturing stay-at-home mom. It has always been his dream to work with his brothers — Brad and Brandon.

When he was a kid, his uncle was suddenly struck by a drunk driver and lost the use of his legs. This accident forever shifted Robert’s career trajectory. He made it his mission to fight for the injured and the less fortunate. He is known for getting massive verdicts on spine injury cases.

Aside from being a proud member of Justice HQ, ABOTA, CAALA, CAOC, CASD and OCTLA, Robert has also received numerous awards for notable verdicts up and down the west coast, including Trial Lawyer of the Year, in Los Angeles, Orange County, San Diego, and the entire state of California.

Robert spends a lot of his time giving back to the community and mentoring other trial lawyers in the craft of consumer advocate law. Justice HQ, co-founded by Robert, is a fast-growing, collaborative workspace and network aimed at helping lawyers break away from the stodgy firms of old to grow their own solo practices. He is often requested to be the keynote speaker in several annual seminars and is frequently published in various trial lawyer magazines. Since 2012, he has tried over 50 cases as lead, winning 47, (2 over turned!) with verdicts totaling over 200 million dollars.  For some lighter fare, Robert can be heard and seen hosting the Justice Team Podcast with his brothers, and his whiskey-fueled, legal talk show — Bourbon of Proof.

Justice isn’t the only thing Robert is fighting for. He and his wife, Christine, are fighting to improve the life for foster kids and adoption. Follow their adoption story here.